Over Four Decades of Legal Excellence

Providing Compassionate Counsel
When You Need It Most

Set Up a Free Consultation 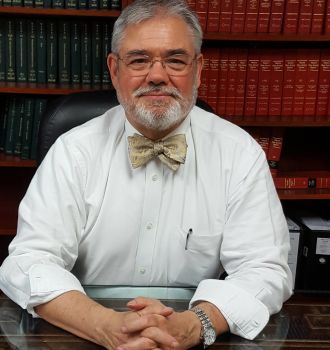 Mitchell E. Ignatoff Esq. was born in Philadelphia, Pennsylvania. He graduated from Hauppauge High School in New York where he was awarded a Regent’s Scholarship.

Mr. Ignatoff received his BA from Colorado College in 1974 and graduated from the University of Tulsa College of Law in 1978, where he was a member of the Law Review.

He obtained an LLM in Trial Advocacy at Temple Law School in 1999.

Upon graduation and admission to the New York and New Jersey Bar in 1978, Mitch became an attorney with the Veterans Administration in New Jersey and New York. In 1986 Mr. Ignatoff founded The Law Firm of Mitchell E. Ignatoff. The firm concentrates on DWI, DUI, and all aspects of criminal defense. (Crimes, disorderly person offenses, misdemeanors, and felonies)

"The first thing you should do after being charged with a crime is to contact me."

New Jersey Magazine has named Mr. Ignatoff a Super Lawyer at Criminal Defense. He has published numerous articles about drunk driving and criminal law in the New Jersey Law Journal and the Bergen Record as well as published cases from the New Jersey Supreme Court and the U.S. Court of Appeals.